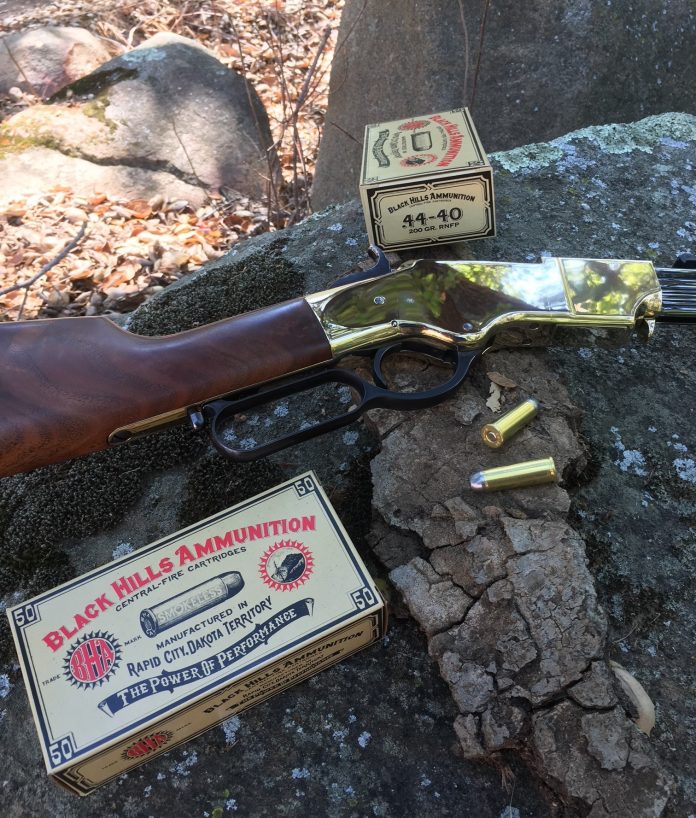 Black Hills Ammunition has been making top quality ammo for over 30 years. They supply all of the 5.56 match ammo for the U.S. Military’s Service Rifle Teams as well as provide ammo to dozens of firearms manufacturers for their development testing.  Their commitment to quality has earned them a reputation for excellence.  While all of their ammunition is top of the line, they have a huge following amongst the cowboy action community.

The Black Hills line of Authentic Cowboy Action ammunition is designed to be true to the era. Since the company comes from the Dakota Territory, it only made sense for them to make cowboy ammo.  But they took it a step further and asked real Cowboy Action shooters to help them design and perfect their period-correct loads.  The result is ammunition that replicates that made back in the day, only with modern safe components.  Recently I had the opportunity to play with a Henry Rifle in .44-40 and reached out to my friends at Black Hills for something to feed it with.  I was provided with several boxes of their 200 grain lead round nose load and headed out to the range.

The Henry rifle is a beautiful piece of craftsmanship and just feels good in your hands. The golden brass receiver is highly polished as was the deep blued barrel.  The wood stock has rich tones with several shades of darker colors floating through it.  It is one of those guns you want to hold but are afraid to touch for fear you will scratch it. I began my test firing by loading and unloading the gun without any issues.  Next I rested it on a sandbag and began my test firing at a paper target 50 yards away.  The folding ladder rear sight works well and is easy to see.  The long 24.5” barrel coupled with a weight of nine pounds provides the shooter with little felt recoil.  The Black Hills .44-40 rounds shot very well and I could easily picture myself back in the old west.  If you’re a gun guy and a fan of westerns I’m sure you can relate.  I might have been hunkered down behind a water trough defending the town from a band of desperados rather than sitting in a chair on a range.  With 13 rounds of 200 grain slugs an accurate marksman could really clear some saddles.  Then the gun ran dry and I was back in reality!

The Black Hills Authentic Cowboy Action ammunition shoots very well. It cycled easily, had mild recoil and shot good groups.   I have fired these loads in .45 Colt on many occasions and they work just as well in revolvers.  With calibers ranging from .32 H&R to .45-70, there is sure to be a few you need to try. 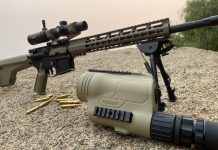 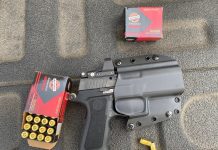