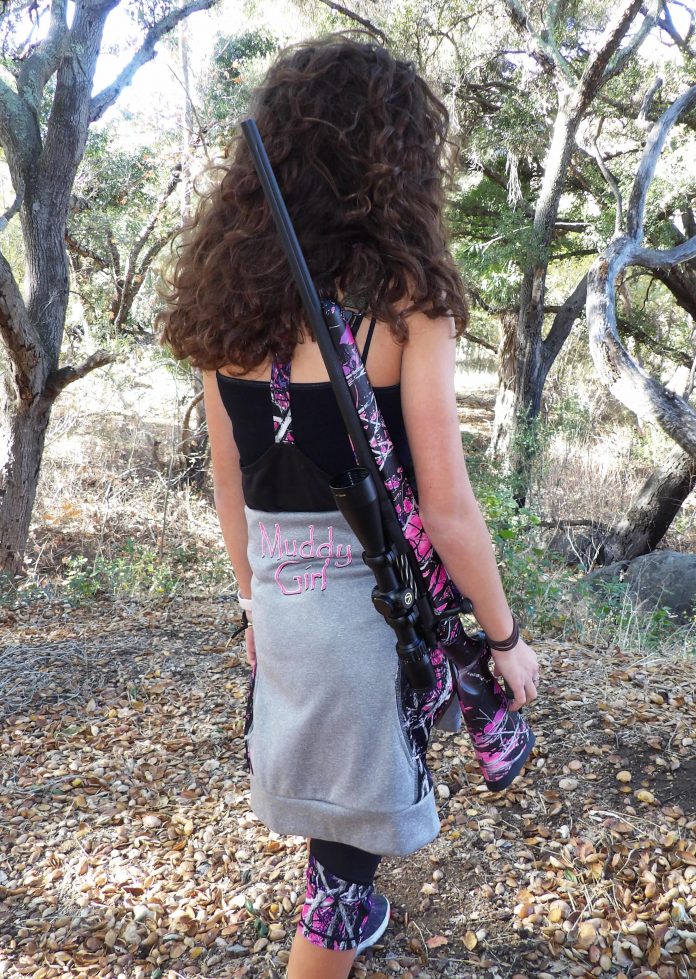 For years now we have seen camo patterns aimed at women. Colors in pink, purple, teal and the like are more prevalent than ever.  Moon Shine Camo has recognized the consumer desire for this and has created numerous modern camo patterns.  Branded as their Lifestyle Camo, they come in a variety of styles and colors so there is something for just about everyone. These patterns include Outshine, Wildfire, Toxic, Undertow, Harvest Moon, Freedom, Muddy Girl Serenity and the original Muddy Girl Camo.

I had the opportunity for my wife and daughter to test out some of the Muddy Girl Camo clothing. They found it to be very well made and comfortable.  My teenage daughter said they were stylish and she liked all the different options.  They offer hats, hoodies, pants, shirts, jackets, athletic wear and even swimsuits!  There is a large selection of styles in each category so there is bound to be something for everyone.

Muddy Girl Camo has been a huge seller for Moon Shine. So much so it has led to a ton of co-branding with other companies.  Muddy Girl Camo can be seen on many products in the industry including firearms.  Moon Shine partnered with Mossberg on their Patriot Youth rifle to give it a Muddy Girl Camo stock.  This is a great looking gun and the Muddy Girl camo makes it very appealing to a feminine market.  I know there are many traditionalists who don’t go for the new colors, especially in pink.  I also know many women who aren’t into pinks and blues on their camo and guns.  But I also know many people who like it.  That is the beauty of this industry and this country, we have the freedom to choose what we like and how we like it.  I say the more people we have supporting hunting and shooting, the better off we are.  Kudos to Moon Shine for recognizing this and giving the consumer what they want.