Unless you are new to the shooting world, you have probably heard of Black Hills Ammunition. More than likely you have used it and experienced its quality.  But perhaps you haven’t had the pleasure of using their match grade ammo for your precision rifle needs.  Recently the Guninpho staff had the opportunity to shoot three different .223/5.56mm loads out of a Mossberg MVP rifle paired with a Sun Optics scope and had a blast (pun intended!).

Black Hills Ammunition is a family business owned by Jeff and Kristi Hoffman. Since 1981 they have been making top flight ammo with each round being hand inspected before leaving the factory.  Black Hills ammo is in use by all branches of the military as well as most major firearms manufacturers so their quality control has to be good.  The three loads we played with were the .223 Remington 68 grain Heavy Match HP, .223 Remington 60 grain V-Max and the 5.56mm 69 grain OTM (Open Tip Match). 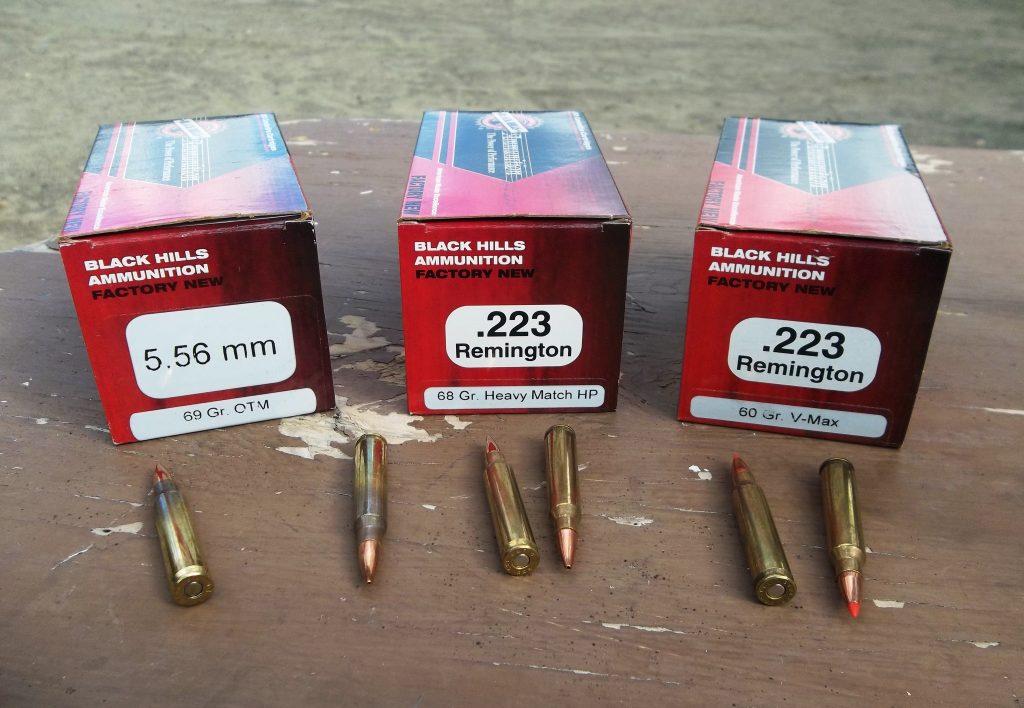 One of the things to remember when shooting any firearm or ammunition, is no matter how good the rifle or the ammo, some guns just like some ammo better than others. This is why reloading is usually the best way to go if you are trying to get the most accuracy out of a given rifle.  That being said, I like to use several rifles to test a load of factory ammo.  We shot these loads in several custom AR15 varmint guns as well as two different Mossberg MVP rifles and found the ammo could easily hold sub one inch groups with the right pairing.  Each of the rifles ran flawlessly with all of the ammunition, whether semi-auto or bolt action.  The 68 and 69 grain loads are commonly used by competition shooters and have been the winning ammunition in countless matches.  The 60 grain V-Max is a popular varmint round.  We shot this load in Wyoming on a prairie dog shoot at the Spur Ranch back in August and found it to be extremely accurate while giving explosive results upon impact.

The Mossberg MVP rifle continues to be impressive. It gives you precision accuracy from an affordable out-of-the-box bolt action rifle.  It features the patented Lightning Bolt Action adjustable trigger and ours had the 24″ fluted and threaded medium bull barrel along with the laminated bench rest stock.  But what truly sets it apart is its ability to accept standard AR15 magazines.  The rifle comes with a 10 round Magpul PMAG but will accept and run with any quality AR magazine thanks to its patented Drop Push bolt design.  Mossberg makes the rifle in several calibers and variations so there is sure to be a model you will like.  Topping it with a Sun Optics scope is a great way to go if you want to save some money while still getting a great optic.  We used the Hunter Plus II 6-24×50 model for our test gun.  This optic has a 100 yard fixed parallax which is great for shooters who like to keep it simple.

Black Hills Ammunition is great no matter what gun you shoot it out of, but when paired with a precision rifle it is hard to beat. The combo of the Mossberg MVP and Sun Optics scope lets you have a lot of fun on a budget while still putting rounds where you want them. 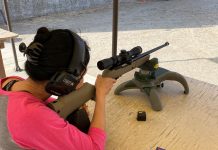