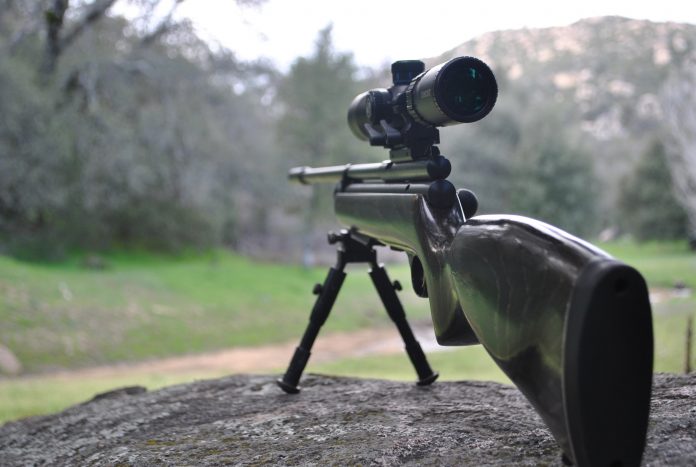 “You’ll shoot your eye out kid.”

We’ve all seen the movie.  Young Ralphie dreams of someday finding himself in possession of the greatest bad guy deterrent on the planet – “an Official Red Ryder Carbine-Action Two-Hundred-Shot Range Model Air Rifle!”  No doubt many of us felt the same about our first gun-to-be.  I’m not an airgun expert, but my intent in these next few articles is to shed light on how far we’ve come since the days of Ralphie’s single stroke pneumatic rifle.

Airguns have traditionally had their place as a fun training tool in learning safe shooting and accuracy basics without breaking the bank.  Already quite popular in other countries because of prohibitive firearms laws, they’re really catching on here in the States.  Relatively quiet in comparison to their powder burning counterparts, airguns offer the opportunity (dependent on your local laws) to practice shooting in your backyard or garage provided standard safety parameters are met, generally equating to backstop and eye protection.  The evolution of airguns since the Red Ryder days is remarkable in terms of power plant (source of air), power increase, caliber selection and accuracy, and continues to be an excellent avenue of introduction to the shooting sports.

The Practicality of Airguns

Because I live in a rural area with several acres, I can practice and hunt with airguns without bothering neighbors or infringing on the law.  It really satisfies the desire to shoot without leaving home.  Although I could also legally use firearms on my property, the proximity to other homes is within earshot and I’d become vastly unpopular (and penniless from ammo costs) were I to shoot them as frequently as airguns.  When using a centerfire for proficiency maintenance on a home defense platform, I head to the range.  Because of consistent airgun use though, I spend far less time and ammo “playing catch up” since my last visit there.

Hunting with airguns can be a challenging endeavor – and changing it up from firearms is interesting if you’ve never done it.  I’ll apply a fly fishing vs. conventional fishing analogy:  In a typical scenario, I’ll catch more fish using conventional gear since more water can be covered in a given amount of time.  However, the challenge of pursuing fish with a fly rod (despite my continual frustration and cursing) yields moments of bliss I don’t get from hammerin’ um with spinning gear.

Synonymously, I REALLY enjoy poppin’ “squeaks” with a long range centerfire, but equally love campaigning against the global ground squirrel insurgency with trusty “ole Blue” (my Air Arms S510 .25 cal).  One distinct advantage in airgun hunting is the almost negligible risk of injury to livestock if performing pest control on a farm.

Because of the lower terminal energies associated with an air-powered gun (unless big bore – discussed in Part III), it’s use in hunting mandates stalking skill and precise accuracy.  Similar to bow hunting, airgunning does not permit the luxury of a brute force kinetic kill via a high-powered round, and therefore demands consideration in matching caliber to intended game.  “Bring enough gun” as the saying goes.

Many airgun clubs exist around the country.  One here in Socal is the Temecula Airgun Club.  Hosted by one of the more prominent builders of high quality custom Field Target guns, this club meets monthly for 25m benchrest and other fun events on a beautiful property east of its namesake.  Recently held there was the first ever Annual Western Long Range Airgun Match.  Shooting at stationary clays from a limited rest at 115 yards in a crosswind was a hoot!  If you’re up in Oregon country, Ashland Precision Airgunners is a place to check out – aiming to become the “Disneyworld of Airgunning”.  This property can accommodate a large number of shooters in numerous forms of competition style target shooting and hunting.

Among airgun shooting competitions, 10-meter has been around since the 1950’s and is a world-class Olympic sport.  Silhouette continues to be very popular and Benchrest is all the rage.  Arguably, the most difficult form of airgun match shooting is Field Target.   There are numerous events worldwide in this competitive category and buku dollars (and euros) are spent on specialty equipment in its pursuit.

Some upcoming matches include the Rocky Mountain Airgun Challenge in Utah, Crossman’s All American Field Target Championship in New York, Extreme Benchrest in Arizona, and the Pyramyd Air Cup in Ohio.

In honing shooting basics, airguns offer an alternative and are outstanding for teaching gun safety to newcomers and kids.  Higher-end airguns are habit-forming and known to cause marital problems!

I don’t play golf, but consider precision paper punching at challenging distances to be a fine equivalent.  Research some of the options out there and you might marvel at how far along the Red Ryder has come, just “don’t shoot your eye out!”

Scott Shenk is a retired naval officer who spent 30 years on warships and boots on the ground in numerous deployments around the globe.  He is an avid firearms enthusiast and member of the Defensive Pistol shooting instructor cadre for the “Annual Spur Ranch Training Event” in Encampment, WY.  He grew shooting and hunting, chasing after all manner of game in the San Diego backcountry.