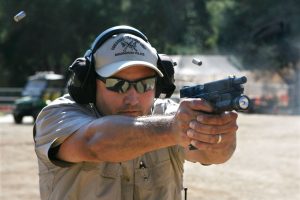 John Russo is a life-long hunter, shooter and outdoorsman. He is a retired Police Sergeant from Southern California with over 29 years of service. He has been a SWAT Sniper, Child Abuse Detective and Homicide Unit Supervisor. As the leader of the Police Department’s Firearms Training Unit, he has been teaching firearms for over 26 years to law enforcement, military and civilians. His credentials include a laundry list of certifications as an instructor and armorer on all types of weapon systems. John has been writing for various gun magazines for many years and has been published over 100 times on topics ranging from hunting, shooting, guns, training and law enforcement. 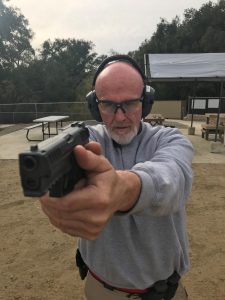 John Donnellon  “JD ” is a Retired Chief of Police from Southern California.  He started his LE career in 1983, in a small town in New Jersey before moving west. John was also a Firefighter / Engineer on his home town Volunteer Fire Department.  John moved to Southern California in 1987 where he continued his law enforcement career working as a Patrol Officer, Field Training Officer, DUI Enforcement Officer, SWAT Team Member, Motorcycle Traffic Officer and Chief of Police for a Tribal Police Department after retiring from his Agency.   In addition to his regular duties John was a member of the firearms training unit for most of his career.  John is a certified law enforcement firearms instructor, armorer and SWAT Officer.  John has remained employed by his agency as a  Firearms Instructor and is currently a member of the Firearms Training Unit.  A life Member of the NRA, and being a motorcycle nut also a life member of the AMA. 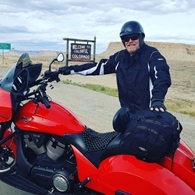 Welcome to guninpho.com fellow shooting enthusiast! I hope you enjoy our site, find it educational, and entertaining. I have been a shooter since I was a teenager. My law enforcement career spans over 40 years starting as a Police Explorer way back in the early 70s.  I have been a Reserve Deputy Sheriff, a Police Dispatcher, a Dispatch Supervisor, a Police Patrol Officer, a Field Training Officer, an Evidence Technician, a Gang Investigator, a Narcotics Detective, a Federal Task Force Officer, and a Property Crime Detective.  Throughout this time I continued to have a great interest in firearms, police training, and police equipment. After my long career, I retired in December 2014 and started my golden years by traveling on my motorcycles and writing about my adventures.   I continue to enjoy shooting, firearms, and collecting firearms.  So if you have any questions about just about anything, go ahead and ask. Just remember, I am an old retired dude  and may be on the road sometimes. But I promise I will get back to you as I can. 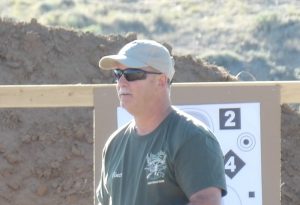 Vince Sullivan is a life-long shooter, hunter and outdoors-man. He is also a life member of the NRA. One of his passions is reloading and he has been doing so for over 40 years. Vince has even created his own wildcat cartridge for varmint hunting. He has been employed since 1979 in the Aerospace industry as a welder building military hardware.  This includes such items as jet engine containment cases for everything from fighter jets to Stealth Bombers. Vince’s articles on hunting and reloading have been published in various outdoor magazines. 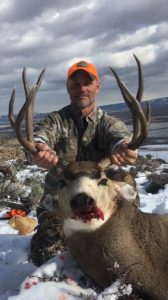 Jay “Bubba” Norris is a California transplant from Georgia. He enlisted in the United States Navy where he served as a Helicopter Search and Rescue (SAR) Swimmer, aerial door gunner (M-60/M-240E), a Weapons Tactics Instructor and a squadron NATOPS (Naval Air Training and Operating Procedures Standardization) instructor.  His platform was the SH-60F/HH-60H Seahawk helicopter.  Bubba left the Navy to pursue a career in Law Enforcement in Southern California.  A veteran police officer, he worked Patrol and Gang Enforcement before being promoted to Detective.  Bubba worked auto theft for several years and is now assigned to the Training Division full time. He has been on the Firearms Training Unit as an instructor for approximately 16 years and teaches classes to law enforcement, military and civilians. Bubba is a certified armorer on numerous weapon systems including Sig Sauer, Glock, 1911 handguns, Remington 870 shotgun, and the AR-15 weapon system. Bubba enjoys hunting, fishing, camping, shooting and taking his son dirt bike riding.