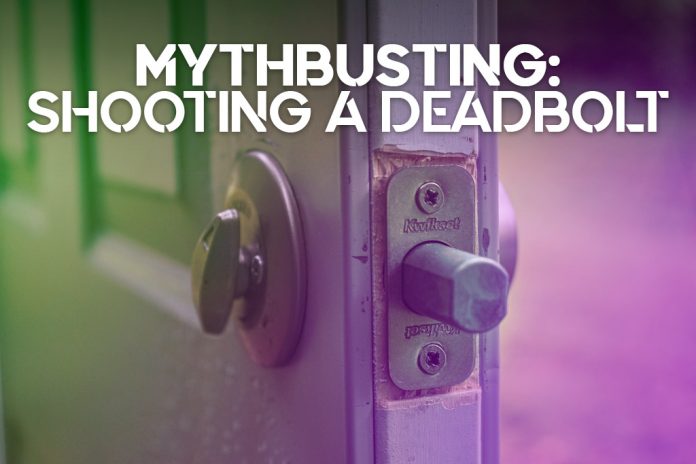 Are you the protagonist in an action adventure? Have you come upon your nemesis, the thing that brought you to a halt, the item that stopped you dead in your tracks in the middle of an important tense scene? Did you run into a locked door?

But you have the solution in hand! You’re an action hero! You have… A GUN! The ultimate in lock defeating capability is high speed deforming metal, at least according to the plot.

Our friends over at Widener’s have put together an interesting piece which examines how a deadbolt actually takes punishment of the ballistic variety and if it is indeed the ultimate quick entry tool.

We never get tired of watching movies, but we often watch scenes play out that aren’t realistic. Their approach is believable, but the way they go about solving problems defies logic, engineering, and sometimes physics. Take deadbolt locks as an example. When a character shoots a deadbolt lock, it disintegrates and the door busts wide open. It looks good on screen, but what happens when you shoot a deadbolt in real life?