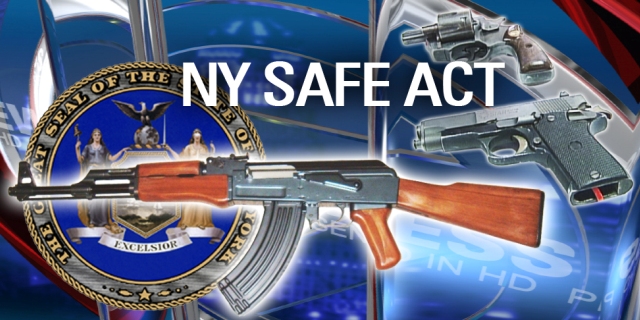 “Under [the Second Amendment], Plaintiffs Sears, Lane, and other law-abiding, responsible New Yorkers, have a fundamental, constitutionally guaranteed right to keep common firearms for defense of self and family and for other lawful pursuits,” The Complaint states. “But Defendants have enacted and enforced a flat prohibition on the possession, manufacture, transport, or disposal of many common semiautomatic firearms—tendentiously labeled “assault weapons”—by ordinary citizens, making it criminal for law-abiding, peaceable citizens to exercise their fundamental right to keep and bear such arms.” You can read the Complaint in its entirety at FPCLegal.Org

“The SAFE Act has infringed on the rights of millions of New Yorkers for far too long,” said FPC Director of Legal Operations Bill Sack. “The Second Amendment protects all arms in common use for lawful purposes – even those with the scary-yet-arbitrary cosmetic features the drafters of the SAFE Act wrongly vilified.”

FPC is joined in the litigation by Second Amendment Foundation.

The SAFE Act was a passed in the night piece of garbage that has quashed New Yorker’s rights for long enough. It was bulldozed through the legislature and signed by the anti-gun governor and has sat rotting the Empire State ever since, doing nothing productive. But it had a cute acronym.

Pro-Tip: If the acronym is cutsie, be suspicious.

This law falling to Bruen would be another devastating blow to anti-gun authoritarian types everywhere putting them on notice to maybe, just maybe, take a quick look at the Constitution before going off like they do.